Speech of the Ambassador Extraordinary and Plenipotentiary of the Permanent Delegation of Greece to UNESCO Mr. G. Veis 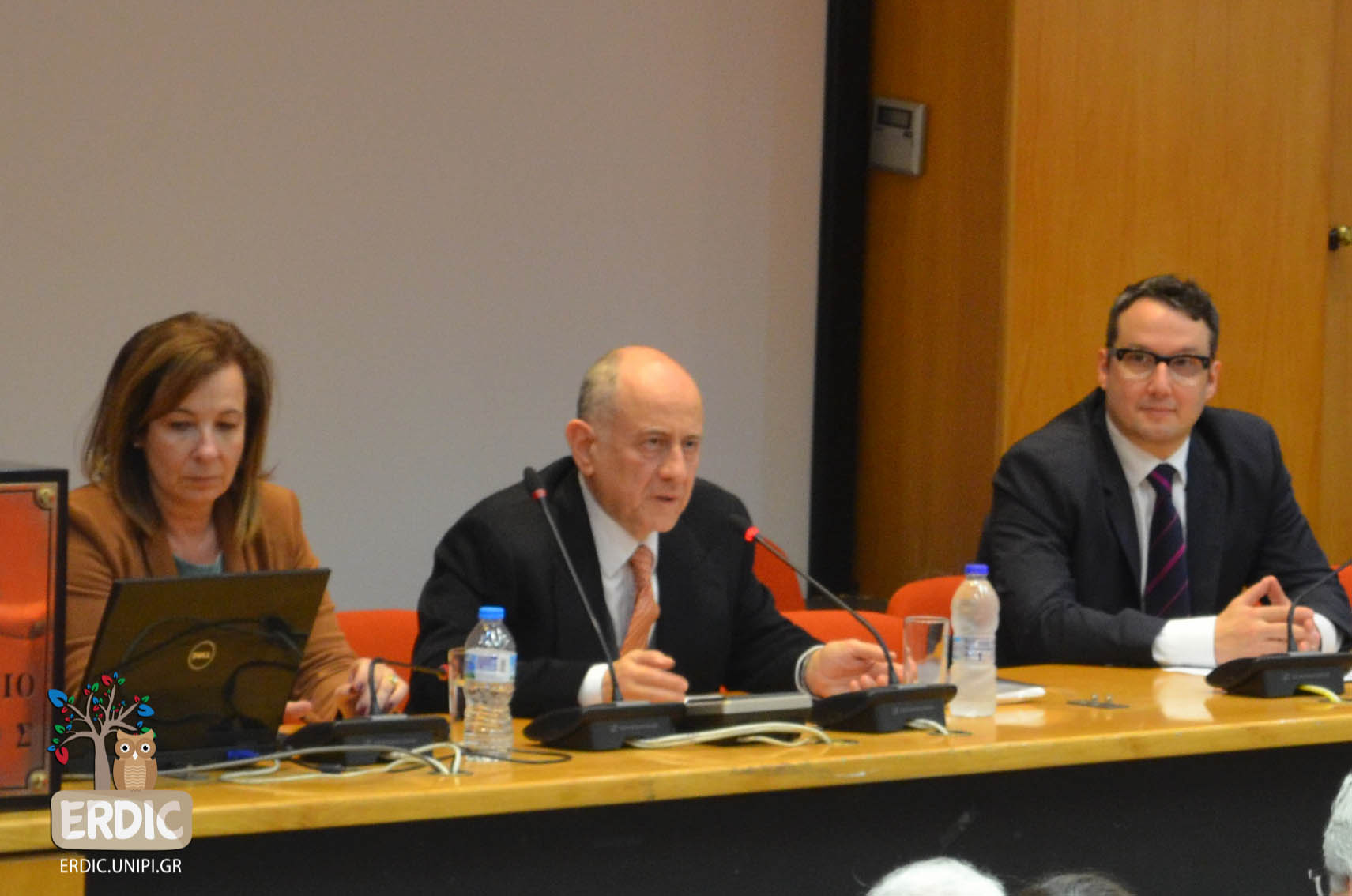 On Wednesday 23rd of March 2016, the Ambassador Extraordinary and Plenipotentiary of the Permanent Delegation of Greece to UNESCO Mr. G. Veis gave a speech in the Conference Room of the University of Piraeus for postgraduate and undergraduate students of the Department of International and European Studies. The event was organized by the President of the Department Professor Aristotle Tziampiris and the Laboratory of Education Policy, Research, Development and Interuniversity Cooperation (ERDIC).

The President of the Department of International and European Studies Aristotle Tziampiris opened the event presenting the speaker and his diplomatic carrier. With his presence honored the event the Deputy Minister of Education, Research and Religious Affairs and ex-Rector of the University of Athens, Professor, Theodosios Pelegrinis, the Rector of the University of Piraeus, Professor, N. Georgopoulos, the Rector of University of Piraeus, Emeritus Professor G. Oikonomou, the Dean of the School of Economics, Business and International Studies Mr. A. Kotios, the Director of the Master Program “Energy: Strategy, Law & Economics”, As. Professor N. Farantouris, the Director of the Master Program “International and European Policies on Education, Training and Research”, As. Professor Mr. Ch. Gousios, other Educational Staff and many students. 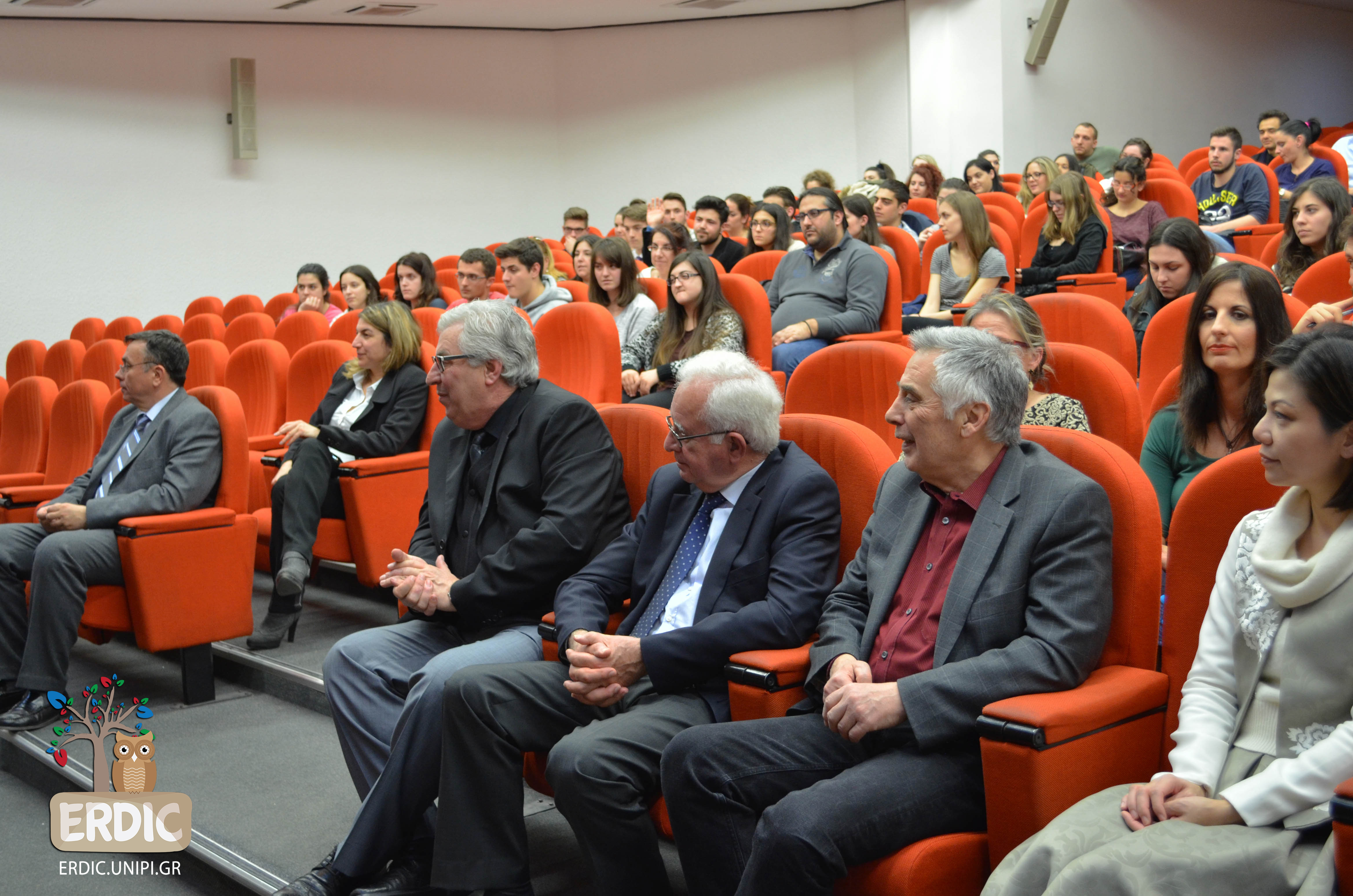 During his speech, the Ambassador highlighted the importance of Greece as founding member of UNESCO. Furthermore, he emphasized the recent achievement of the election of Greece, counting 165 votes out of 186 voters, first in votes in the Executive Board of UNESCO, as well as, the statements for the country as “Mother of the civilizations” of his counterparts from Latin America. Additionally, the attendants had the opportunity to learn about the experiences that may gain every young student who wishes to conduct his internship in the Permanent Delegation of Greece to UNESCO. During the fruitful dialogue that took place right after the speech, a conversation occurred regarding several matters as the requirements of UNESCO membership for a monument, the issue of the marbles of Parthenon and the power balance within the institution. 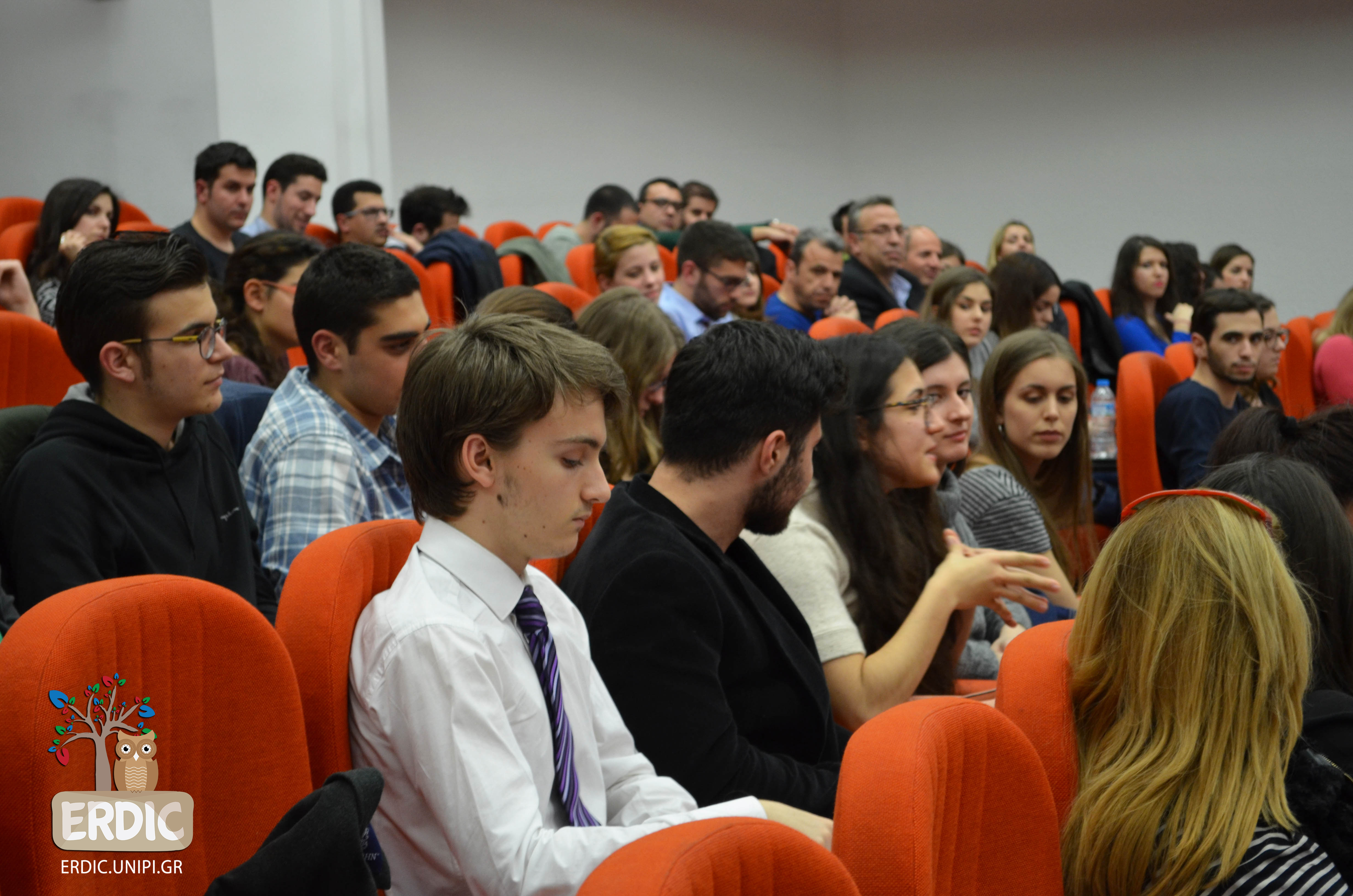